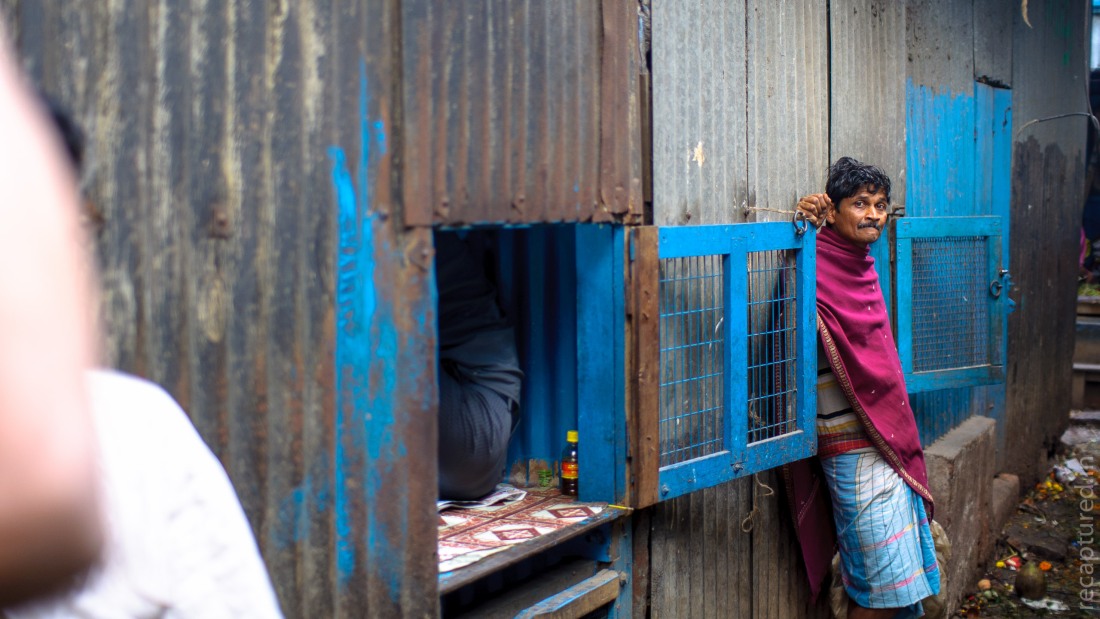 I have lived in Kolkata for 20+ years, most of it when it was still Calcutta. The photography bug caught me while I was still living there, but I never got a chance to shoot the city’s markets, which are a favourite subject for photographers, especially street photographers coming to Calcutta.

This changed in 2013, when Abhishek, with his new DSLR, planned a trip to the flower market at Mullickghat. He had been there a couple of times, and thought I’d enjoy it too.

I thoroughly enjoyed the early morning trip, the bustle of the market, the burst of colours, the various facets of everyday life, the cliched, the interesting, the faces, the crowds, the merchandise, the congestion, the energy, and our typical Calcutta breakfast after the shoot – hing kachori at one of the sweet shops.

So here it is, finally, the photo set from Mullickghat, Kolkata, 2013. 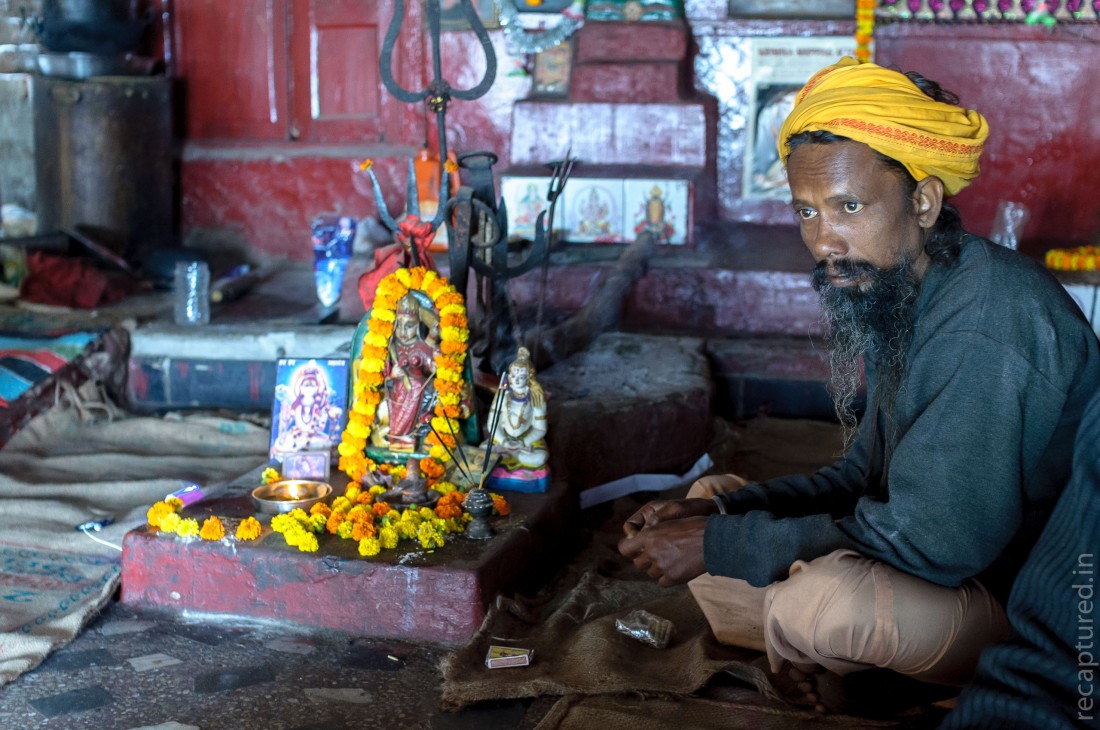 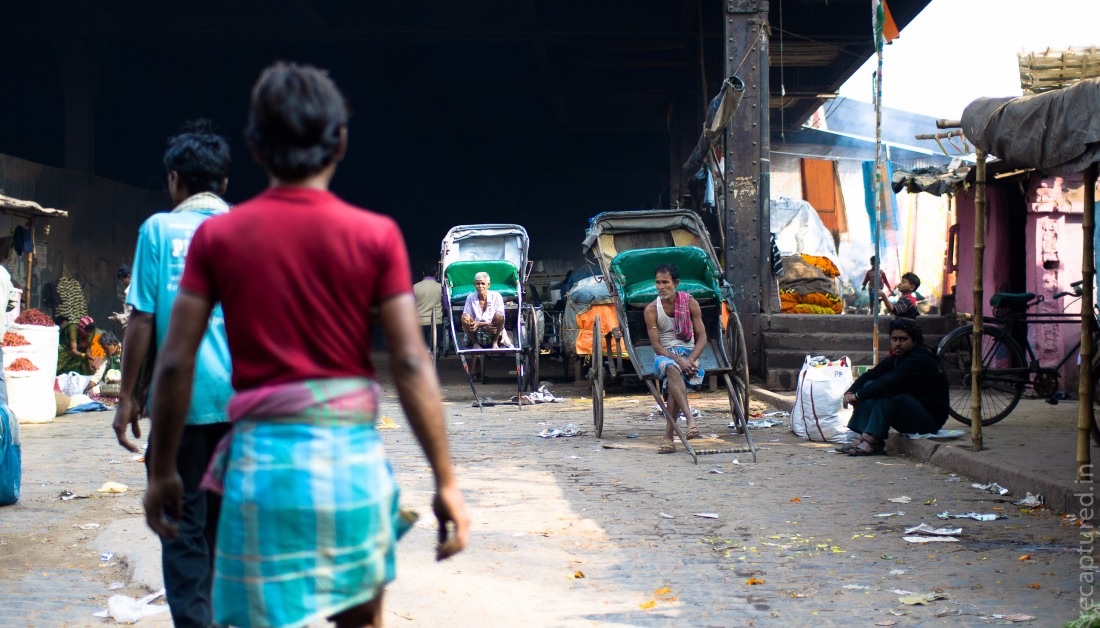 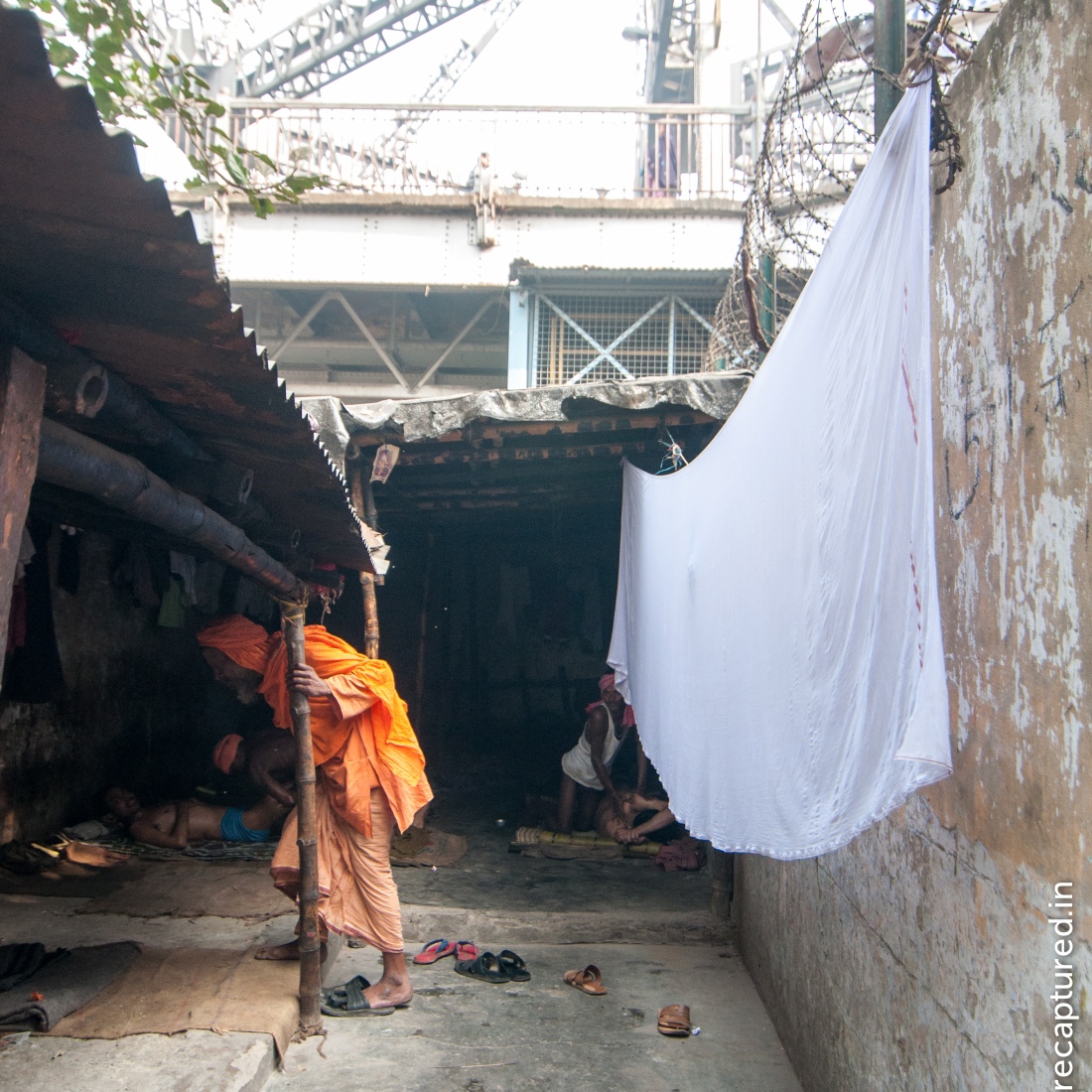 A monk steps into the shade, while other masseuses go on with their business.

A fighter ram we encountered while on a street shooting excursion in Calcutta, safely of course. He was well trained, listened to his master, and rammed into only objects that was asked to hit. 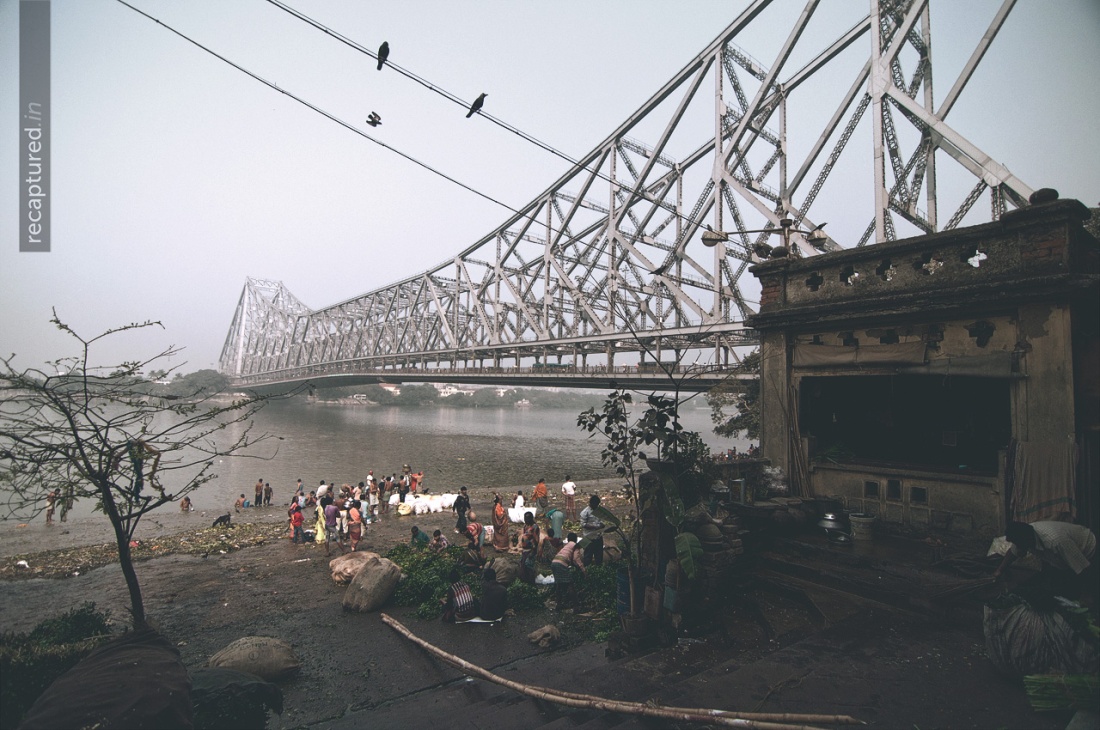 Finally I did the obviously Calcutta photowalk – in the flower market in Mullickghat.

As almost a tourist in a city I used to call my own. I still love Calcutta.