500px.com/photo/100157623/namdroling-by-amit-sharma
The Namdroling Monastery, near Bylakuppe in Coorg, Karnataka, India in the largest teaching center of Nyingmapa – a lineage of Tibetan Buddhism in the world.

Word of Grace is a growing congregation of Christians in Pune – what we generally call a Church. They don’t meet in a Church building. Their Sunday get-togethers are held in a hall in Pune’s Camp area.

Anish took me there. He has been a part of Word of Grace, and wanted me to help him in making a video for the Church.

That Sunday I met all these really wonderful and warm people, who come together to share their happiness & sorrows with each other, sing & laugh with each other, and welcome anyone with open arms and a heartfelt smile.

flic.kr/p/dDYcn6
A Nativity Scene at the Manarcad Marthamariam Cathedral, Kerala. Christmas of 2011. 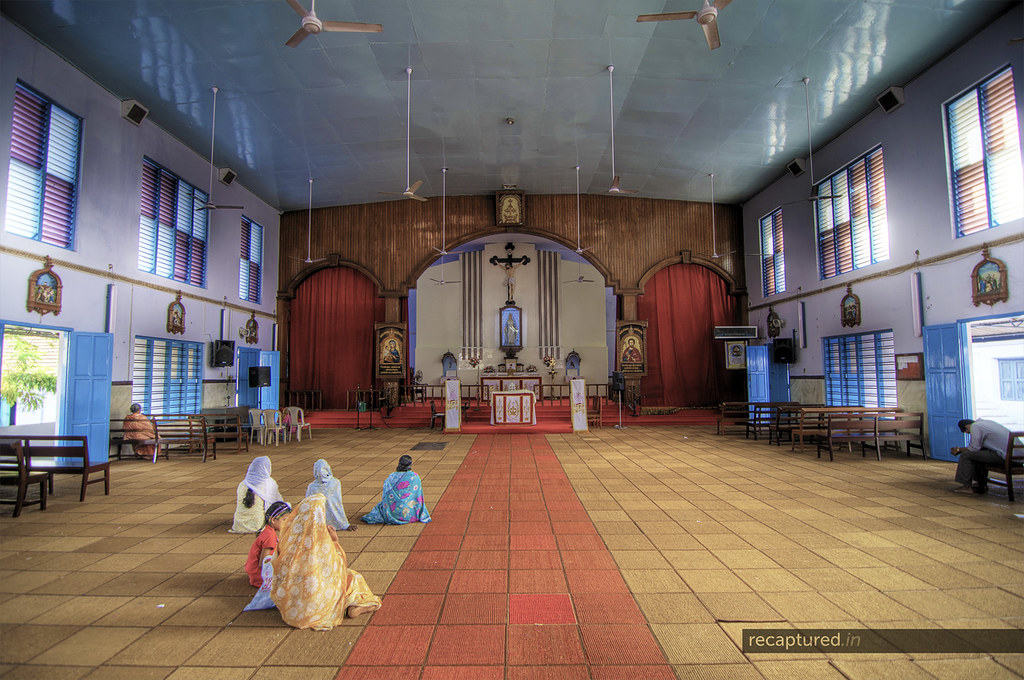 The faithful at a church in Kerala on Christmas 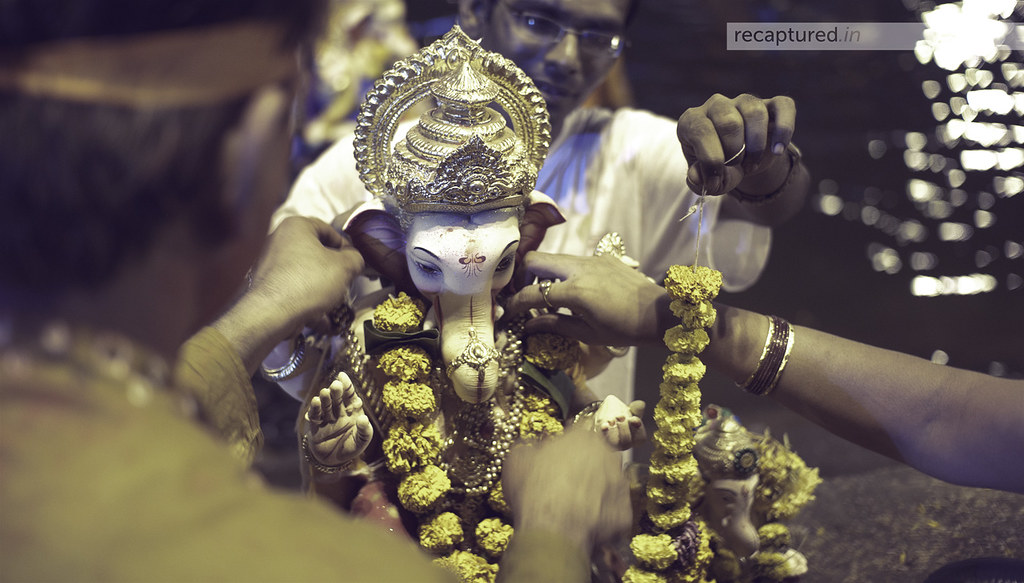 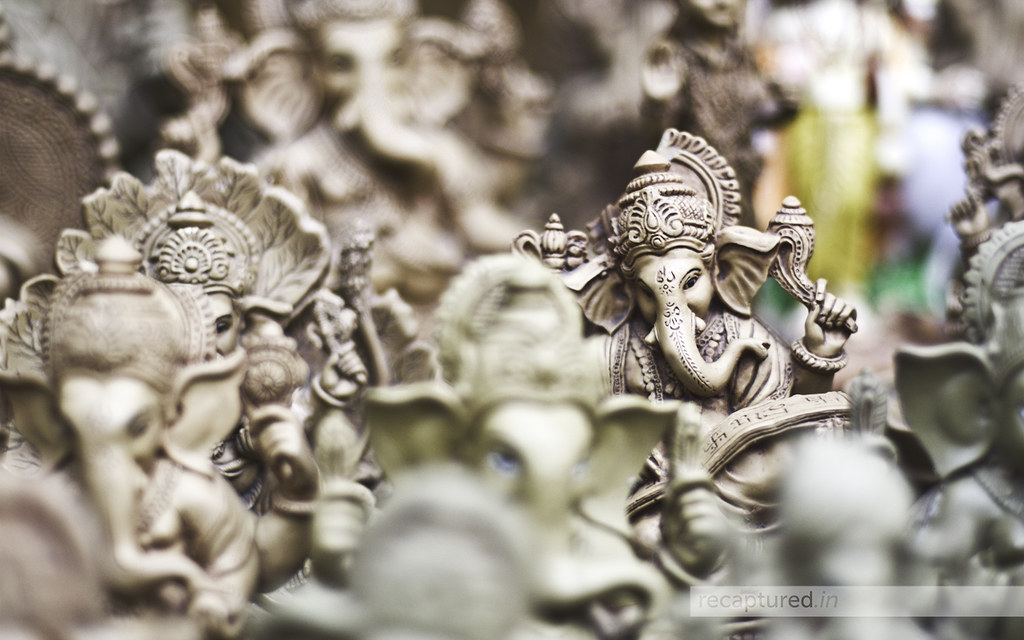 A lazy Saturday and no friends around – what’s a rider to do? Ride ofcourse. Solo.

So I did. 100km from my place on the Nagar Road, a certain SH51 branches off to a village called Nighoj, beside which flows a river called Kukdi.

You have to be there to appreciate the beauty of the place!

A lazy Saturday and no friends around – what’s a rider to do? Ride of course. Solo.

So I did. 90km from Pune on the Nagar Road (SH 27), a certain SH 51 branches off to a village called Nighoj, beside which flows a river through giant potholes. I had heard about this place from Joseph, who showed me its pictures on flickr by other people. The ones that stayed with me were clicked by Suhas Desale and some other [email protected] members.

And ever since I had seen those photographs, I wanted to go there.

So this lazy Saturday afternoon (the 26th of December), after grabbing a bite at the FC Road Subway, I just rode off on Nagar Road. After around 70km of riding on the awesome 4-lane highway, which included a bit of ghats and loads of beautiful corners, I reached Shirur. Just when I crossed the Shirur town, there was the Ghodnadi river and its bridge which were my landmarks. I crossed the bridge and kept an eye out for a left turn. It is a sharp left turn, that comes just when the SH 27 is turning right, and can be easily missed.

So I took the turn, and realised that not all state highways are made equal. From a 4-lane Nagar Road, I was now on an almost one-lane “State Highway” to Nighoj. It took me another 20km of a mix of okay roads and almost off-road patches to reach the Nighoj village. The highway turns right when leaving the village. On the turn I thought it would be wise to stop and ask for the place I wanted to go to. The only problem was that I did not know what the locals called it. And I cannot speak Marathi! Luckily the two construction workers I asked seemed to be well-versed in Hindi, and they guided me in the general direction of the place, and advised me to ask for “Kundaa” (कुंडा).

When the road turns right, on the left you can see two big facades – the kind you see at the entrance of a locality or as entrances to “holy areas” surrounding temples. The roads beyond these gates are as good as dirt patches, so I braced myself (I forgot to wear my back-support when I left home!). I drove in to the second gate, and took the most obvious turns and corners, and conveniently got lost in the fields, all the while wondering if I was on the right track. I stopped on the way twice to ask people where the “Kundaa” was, only to realise that they were speaking such a dialect which even my Marathi flatmate would have trouble understanding. As a last resort, I brought out my phone and decided to do some googling. Now the phone I have, the Samsung Marine, is an excellent conversation starter, is very good with the waterproof, dustproof and shockproof thingie, and is good with the voice and decent with the messaging, but it’s not built for data connections. Three times out of four when I try opening a webpage on its primitive browser the message I get is that the file being loaded is too big for its teeny-tiny memory. Of course it’s a tough phone, don’t expect brains from it. But I digress. With my fingers crossed, I googled for Nighoj on it, and managed to load a post on a blog just enough to catch the necessary keywords – Kundaa Devi and Kukdi. So I asked another local, who spoke to me in Marathi, and I gathered from whatever I understand of the language, that I had to turn back, almost till the Nighoj village. So I turn back, and stop to ask a shopkeeper in the village, who literally walked me to the obscure looking exit on the left which would take me to the destination. This by-road made the road I was travelling on so far look like the Autobahn. Who would have thought that you would have to take such a road to reach such a popular spot? That too without any signage. Anyways, it took me another 3-4km before I saw another gate welcoming me to the Kundmauli (कुंडमाउली) tourist area. Another couple of kilometres, and I reached a plateau-like clearing, with a couple of temples. So I parked my bike, took off the bag from the tank and walked forward. And was amazed by what I saw.

After I spent around an hour exploring one bank of the river and clicking pictures, I realised that I was losing light – it was sunset time. Since I wanted to catch up to SH 27 as soon as possible, I packed up, and rushed back to the bike. Then it was half an hour of almost off-roading, followed by an hour or so of smooth highway riding, and then another half an hour of moving through city traffic, before I had dinner and landed up in Aundh, drinking with a couple of Firelords. A perfect end to a day well-spent.